Why do brides carry a bouquet? 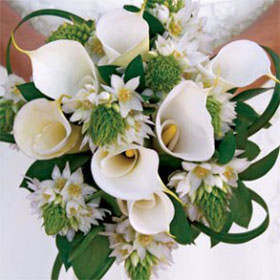 Enshrined in myth, lore and fantasy, bridal bouquets have – for millennia – been part of the rich symbolism of rituals of wedlock in cultures the world over. In the case of western wedding celebrations and traditions, the origin of the bridal bouquet is thought to have taken root as far back as ancient Greece, sprouted in ancient Rome, leafed in the Middle Ages, blossomed in the Victorian era, and bloomed in modern times (pun intended.)

THE TRIED & TRUE ABOUT BRIDAL BOUQUETS

While the tossing of the bouquet may be related to the Greek myth of the Golden Apple of Discord, [1] it was in ancient Rome that it first became regarded as a foretoken of bounty, progeny and happiness. Roman traditions had that the bride's attire was to be completed with a bouquet made out of herbs carefully picked by the bride herself. [2] Tradition that carried over to the Middle Ages, when these were made from strong smelling herbs and into amulets to ward-off evil spirits.

What does the bridal bouquet come to symbolize?

It was not until the earliest years of the Victorian era though – and because of Queen Victoria and Prince Albert’s rather public and decidedly celebrated royal romance and wedding – that flowers developed into western collective consciousness as symbols of romance and love. Desperately in love and privy to the secret language of flowers, [3] they celebrated their relationship by extending each other gifts of blooms; coded messages of feelings that were not to be spoken aloud at the time.

Notable amongst these, are the matching pieces of Orange Blossom – the flower itself denotes marriage and eternal love – inspired jewelry that Albert presented Victoria, and to mark significant moments in their lives between 1839 and 1846. First in the set was a brooch in the form of spring of Orange Blossom to celebrate their engagement. [4] Most eloquent of their romance and shared encoded expressions of love though, were the flowers worn by Victoria for their wedding in 1840.

Expanding of the present she received from the groom – it also represents fruitfulness and innocence, – Orange Blossom decorated her hair and dress and the first time a floral bouquet made way into royal wedding celebrations. Made up entirely of Snowdrops, bloom that in the twilight of winter breaks through the cold and ice and denotes of hope; abundant for the time of year of their nuptials and Albert’s favorite flower, they were worn by Victoria as part of her posy. [5]

What is a bridal posy?

The “posy” is probably the most straightforward of bridal bouquets. Discreet in size and made up mostly of flowers, it sports a round head the handle is wrapped with ribbon. Not because of its simplicity though, and as Queen Victoria proved that day, does it mean that it lacks on temperament and meaning. The fact that she wore that particular style (you will see why) makes of the posy the outright progenitor of all bridal bouquets (as we know them these days.)

How many styles of bouquets are there?

Even if some claim that there are up to fifty styles, consensus seems to be that the number is closer to something between six and twelve. In any case, when it comes to bouquets, style is mostly something that has to do with how the head is arranged and the handle is tied-up; though flower types, the effects they offer and the way its supposed to be carried are too. Other popular styles besides the posy are, the hand-tied (for bouquets out of a wider assortment of flowers and with freshly picked look) and the cascade (for bouquets made from flowers that drape down the front of the arrangement.)

SO, WHAT DOES THE FLOWERS GUY HAVE TO SAY ABOUT BRIDAL BOUQUETS? 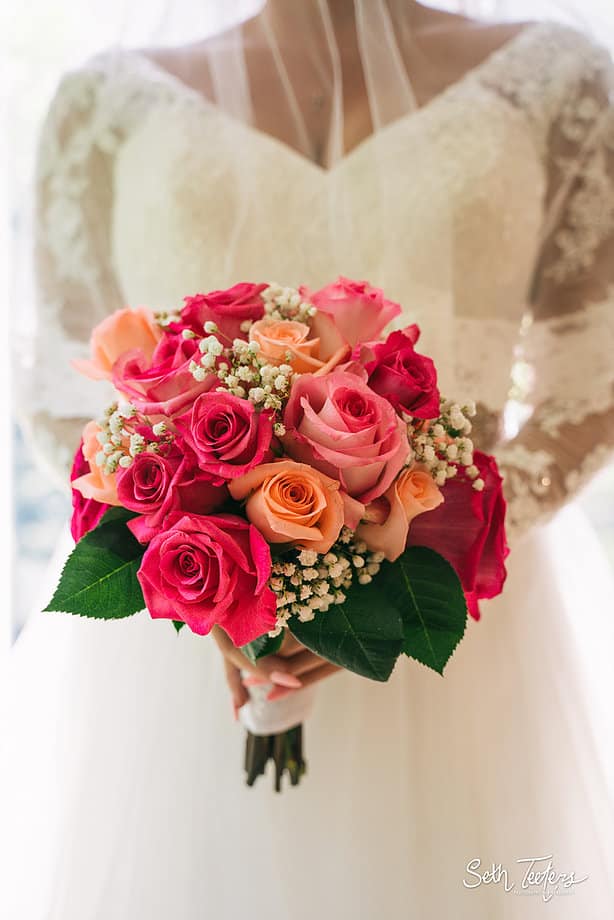 What by the time of her marriage was already the foremost global power of its day, during Queen Victoria's time at the throne of the British Empire, it continued to expand, and by the end of her life she had come to be the head of over one-fifth of the earth's surface and almost a quarter of the world's population. [6] Beholder for over six decades of unparalleled influence, it was Queen Victoria's simple, sweet gesture to her husband to be, the first break of blossom into what the bridal bouquet is today.

A scepter of sorts, for - besides the wedding gown, - no other single item or accessory will be so uniquely eloquent about the bride's personality, sense of style and taste, nor will be as much part of the motions that will carry her throughout, and the memories that will be made on the most magical of days; when regardless of if it marked the slightest, or the most dramatics of shifts, everything changed.

For true of every flower type and bud, no one bridal bouquet – not even if bought from a catalogue or made to order from matching single flowers or color, or from every possible bloom, color or texture – will be exactly the same. And there will always be one to not only accessorize every bridal look, but that will speak about everything that makes of the bride and bond being celebrated unique, to perfection.

One that will immediately become the trust-worthiest of charms, beholden to the bride, to hold onto and see her through the time leading up to the big entrance and walk down the aisle. To hold onto during the ceremony and up to the I-do's, throughout the celebration and outlasting it well after she parts with it. Tossing it in the air, sharing on the blessings of her good fortune.

And don’t forget be there for every picture of the bride that day. With the groom, family, bridesmaids, flower girls, groomsmen and guests; crying tears of joy, in state of elated laughter, dancing with abandonment and well after the shoes left her feet, smiling till her cheeks hurt. Recording every memory and every motion, of every emotion that day, when bride and groom crossed a threshold onto a new life.

So come think about it – the token and the amulet, the eloquence of blooms and sweet gestures, the symbol of unique character and taste, all wrapped into the trust-worthiest of charms, to guide and to hold, carry through the emotions and be there for every motion and picture that day (selfies even,) to toss and see herself off and out onto the world for the adventure of a lifetime with her loving and well loved partner – not a matter of “why,” but in the case of the bridal bouquet; a scepter of sorts.

Ever prescient, lending a lot of personal meaning to everything that day.

Looking for stylish, affordable bridal bouquets (and wedding flowers)? Follow the links below for additional info and wholesale prices (on every order):