All you need to know about getting Dad Flowers for Father's Day!

"My father gave me the greatest gift anyone could give a person, he believed in me." - Jim Valvano In this Father's Day gift giving guide, we'll discuss the "dos and don'ts" and hopefully address any lingering questions you may have in regards to what floral gifts are appropriate for Dad on his special day.

Where does it begin? Let's start with a brief history on Father's Day. Outside religious traditions, in the United States Father's Day wouldn't come to be commonly celebrated or officially recognized until early in the 20th century. On July 5, 1908, accounts say Grace Golden Clayton, a resident of Fairmont, West Virginia and member of the church then known as the Williams Memorial Methodist Episcopal Church South, urged her pastor Robert Thomas Webb to hold a sermon in honor of fatherhood and in memory to the 361 men lost, 250 of which were fathers leaving behind thousands of children including Grace herself, during the Monongah Mining Disaster of December 1907. Because of local events taking place, the official observance of Independence Day, and Grace being a reserved and quiet person, the celebration never quite took off and was not replicated for some years.

On June 19 two years later, a celebration was held in Spokane, Washington by Sonora Smart Dodd. Sonora's father, William Jackson Smart was a civil war veteran and single parent and after hearing a sermon on Jarvis' Mother's Day, she felt inspired. A member of the then Old Centenary Presbyterian Church, Sonora suggested to her pastor that fathers and fatherhood too should be similarly celebrated. After some deliberation, the concept was accepted by the church and on the aforementioned June 19, 1910 a sermon was held. The celebration would continue to fade in and out of obscurity with the times. Attempts were made to formally recognize Father's Day as a national holiday but were ultimately defeated by congress. It wasn't until finally in 1966 when then President, Lyndon B. Johnson issued the first official proclamation honoring fatherhood in the United States by designating the third Sunday of every June be recognized as Father's Day. It was later made a permanent holiday and signed into law by President Richard Nixon in 1972.

What Flower is commonly used to symbolize Father's Day?

While Carnations are the official flower of Mother's Day, the rose is the officially recognized flower of Father's Day and was selected by Sonora Smart Dodd herself. In some countries, many people can be seen even wearing roses on Father's Day, with red roses usually signifying a father that is still living while white roses represent a father who has passed on.

Who delivers roses on Father's Day?

Global Rose has quite the eclectic selection of premium and non-premium roses available for sale online and if urgent, available for express shipping and delivery in bulk and at wholesale prices. 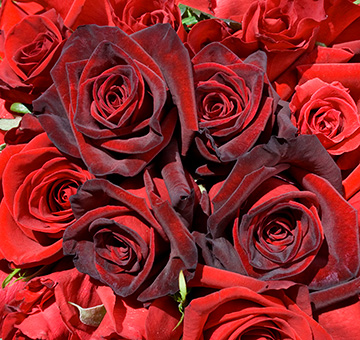 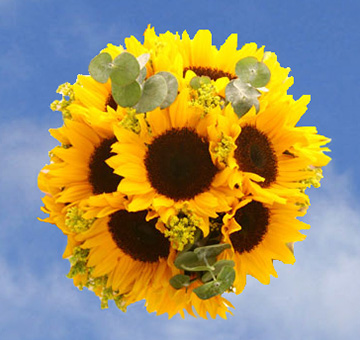 Picking out flowers for Dad can get a little tricky, but here's a few tips for making sure you make the right choice this upcoming Father's Day. When choosing flowers for men, you typically want to set your sights on flowers that are hearty and natural looking. Flowers like Daisies, Dendrobium Orchids, Roses, Sunflowers and even ornamental Bamboo, Bonsai, and Cactus plants make excellent gifts for Dad!

What colors are best when choosing flowers for Dad?

What kind of centerpiece would look best on my table during Father's Day dinner?

Less is more! Avoid arranging a centerpiece with too many colors and pieces! While you may prefer a more eclectic floral mix, but the goal isn't to draw attention to, but to garnish the table with something preferably subtle and natural looking. Global Rose has an excellent selection of premade centerpieces.

Where can I buy affordable Father's Day Flowers online in bulk or for wholesale?

Dad might know best, but Global Rose knows flowers! We have the best wholesale prices on bulk flowers around the net! We have diverse selection of flowers that come with free shipping and handling! We take pride in our flowers, they're expertly cared for and thoroughly inspected prior to being harvested and then shipped from our eco-friendly farms!